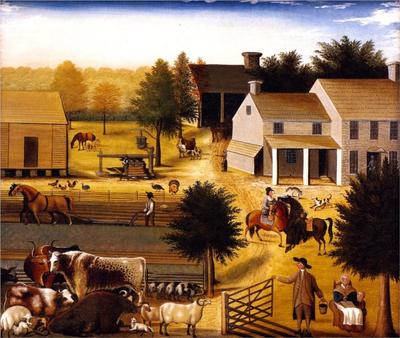 [A lightly edited version of this blog post first appeared as "Philosophy for Plain People" in Issue 85 of The Philosophers' Magazine (2nd Quarter 2019). I've reprinted it here with permission.]

What could it mean to think of philosophy as a way of life? I must admit that, to my ears, the idea smacks of obsession: I imagine someone who devotes most of her waking hours to stereotypically philosophical pursuits—accosting hapless passersby with impassioned harangues about “the ideally just society,” scouring the latest issues of Mind and Noûs, getting preoccupied with obscure 19th-century debates about the nature of essential properties even during her off-hours—and leaves little room in her schedule for other sorts of activities. She’s the sort of person I can imagine saying, with perfect sincerity, “Philosophy isn’t just my hobby or even my job—it’s my life, man!”

Such an obsession with philosophy is, at least for most of us, incompatible with living well, so we should look elsewhere for a proper understanding of philosophy as a way of life. To begin with, we need to focus on how philosophy can contribute to good lives.

So here’s my proposal: philosophy tends to feature in good lives because it enables us to cope with theoretical problems that our own (finite and imperfect) intellectual traditions leave unresolved. Philosophy as a way of life therefore involves giving philosophical reflection a prominent place in one’s life: when inherited wisdom runs out, in steps philosophy.

Okay, so far, so good. Now let’s see what can be said in favor of this proposal.

We humans are confronted with various sorts of problems. Of course, the most pressing of these are practical problems. We hope to lead good lives in a world frequently inhospitable to us, so we must adopt strategies for coping with the many obstacles to our flourishing that we encounter on a regular basis. Examples abound: we need nourishment in order to survive, and we don’t get it automatically, so we have to develop various techniques (e.g., farming, animal husbandry, the culinary arts) in order reliably to feed ourselves; intemperate weather phenomena—heavy rain, snow, strong winds, scorching heat—can stymie our projects and even kill us, so we have to clothe and shelter ourselves; and so on.

Some of the problems that confront us aren’t practical, though. Instead, they’re theoretical. Mostly, we don’t worry too much about these problems because we accept the stock resolutions to them that we inherit from our intellectual traditions. Consider Sarah, for instance, a (fictional) member of The Church of Jesus Christ of Latter-day Saints. Ordinarily, Sarah simply doesn’t think about whether to develop a morning coffee habit, since her religious tradition—a tradition that she has thoroughly internalized—unequivocally forbids the practice.

Commenting on traditions with this sort of moral import in particular, the philosopher and historian Michael Oakeshott puts the point this way (in his essay “The Tower of Babel”):

[T]he moral life . . . does not spring from the consciousness of possible alternative ways of behaving and a choice, determined by an opinion, a rule or an ideal, from among these alternatives; conduct is as nearly as possible without reflection. And consequently, most of the current situations of life do not appear as occasions calling for judgment, or as problems requiring solutions; there is no weighing up of alternatives or reflection on consequences, no uncertainty, no battle of scruples. There is, on the occasion, nothing more than the unreflective following of a tradition of conduct in which we have been brought up.

Here Oakeshott describes well the sort of pre-reflective moral responsiveness that characterizes our everyday lives. In such contexts, we don’t wonder how we should conduct ourselves, because we’ve already taken up ways of life that provide extensive moral guidance. Far from agonizing over whether to listen to very loud music in the middle of the night while my roommate is sleeping, it in fact never occurs to me to do so. Of course, to do so would be inconsiderate in the extreme—something I instinctively recognize when I consider the possibility—but I don’t have to make that judgment anew each day in order to conduct myself properly.

However, we sometimes discover—often to our dismay—that our intellectual traditions have not equipped us to deal with some theoretical problem that thrusts itself upon us. In such moments, we may turn to philosophy. After all, philosophy involves thinking hard about how to resolve theoretical problems of a rather general sort. To resolve these problems, we often appeal to general explanations of a distinctively philosophical kind—though we often don’t think of them in that way.

So, to return to Sarah: suppose she wonders whether it would be okay for her to become a soda-drinker. Her intellectual traditions don’t give her an answer—not a clear one, anyway—but she has heard from some respected authorities in the LDS Church that the prohibition on drinking coffee has something to do with the fact that coffee is (normally) caffeinated. So she wonders: Is that (part of) the correct explanation of the prohibition? If so, should she refrain from drinking caffeinated soda as well, or is there something about soda that might ground an exception to a generally operative “no caffeine” rule? Answering these questions will require Sarah to do some philosophical reasoning, since she’ll have to compare and critically examine explanations of a rather general sort—explanations purporting to ground significant social norms, no less—in order to make an informed judgment about whether to become a soda-drinker. For instance, she’ll have to consider what sorts of reasons might support a prohibition on the consumption of caffeine, and such reasons will presumably “bottom out” at a fairly high level of generality, ranging over concerns having to do with bodily health, the relation between bodily health and human flourishing, appropriate strategies for making reasonable trade-offs between bodily health and the pleasures to be gained from certain unhealthy activities (e.g., drinking caffeinated beverages, perhaps), and so forth.

You might object that in simply reflecting on her own prior commitments Sarah doesn’t thereby engage in philosophical activity. Doing philosophy is just doing what philosophers do, and philosophers do things like construct comprehensive theories of very general phenomena—from time and modality to the right and the good—while trotting out scores of logically pristine and intellectually imposing arguments along the way. Such activities bear little resemblance to what Sarah does when she considers becoming a soda-drinker.

It’s true that professional philosophers have undertaken training that enables them to engage in highly abstract and general theoretical reasoning with a high degree of precision and robustness. Still, at bottom, they’re doing the same sort of thing as Sarah: attempting to resolve theoretical problems left unresolved by their own intellectual traditions.

Or in any case, it’s true that many philosophers do that sort of thing. Admittedly, philosophers of a more Cartesian persuasion may attempt to do philosophy by “starting from scratch,” so to speak, and relying on “pure reason” in order to piece together a sort of idealized worldview. In her wonderful book Value in Ethics and Economics, Elizabeth Anderson has some choice words for such projects:

Justification [of the sort that features in philosophical theorizing] is a response to criticism, complaint, and conflicting views. It arises in the context of conversation among people who aim to reach some common point of view, and it is addressed to those who disagree. It is pointless to engage in justification when the parties have no interest in reaching agreement, when there is no concrete complaint, or when there is no common ground from which to begin a dialogue.

I couldn’t agree more. But even if Anderson’s claims don’t move you, still you must admit that the Cartesian approach to philosophical theorizing is only one among many. In the absence of a powerful argument for preferring it to alternative approaches, the conception of philosophy as a way of life that I’ve sketched here remains a natural and viable, even if not exhaustive, way of doing philosophy that is fit for plain people.