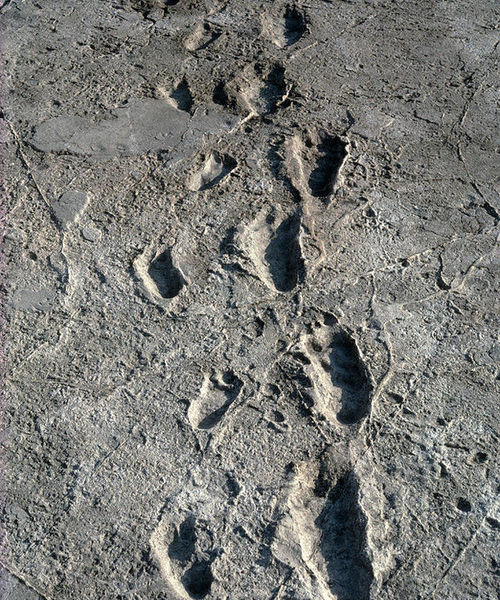 David Jopling is professor of philosophy at York University, in Toronto, where he teaches courses on early modern philosophy, human evolution, the meaning of life, and on occasion the philosophy of clinical psychology and psychotherapy. His research interests are currently focused on human evolution and the origins of medicine. Publications include Self-Knowledge and the Self (Routledge, 2000), Talking Cures and Placebo Effects (Oxford University Press, 2008), The Conceptual Self in Context (co-edited with U. Neisser, Cambridge University Press, 1997), as well as articles and chapters on the self, self-deception, psychotherapy, phenomenology, and the placebo effect. He is also interested in philosophy in high school, and has co-written two high school philosophy textbooks, as well as the grade 11 and grade 12 philosophy courses for the 2000 Ontario Secondary School Curriculum.

The footsteps? Not mine, but possibly the footsteps of some of my very distant ancestors or cousins, perhaps even one of my great great great - and add about 185,000 more greats - grandmothers or grandfathers. The individuals who left the impressions in the mud one hot summer day about 3.7 million years ago were Australopithecines (A. afarensis), an ancestral species to the Homo lineage, and a species finally committed to bipedalism, and so a whole new way of life from their own distant ancestors. The fossil footsteps were discovered in 1976 by Mary Leakey's team of archaeologists, in a place called Laetoli, near Olduvai Gorge (Tanzania).