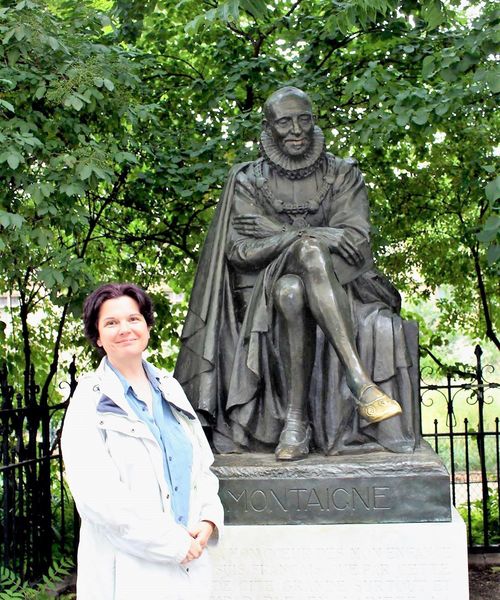 Evgenia (Genia) Cherkasova is an Associate Professor and Chair of Philosophy Department at Suffolk University in Boston. She holds a Doctorate degree in Philosophy from Penn State University and a Bachelor’s degree in Mathematics from Moscow State University, Russia. Cherkasova’s scholarly and pedagogical interests include ethics, philosophy and literature, existentialism, existential psychology, and gameful learning. She is an editorial board member of Dostoevsky Studies journal and the author of Dostoevsky and Kant: Dialogues on Ethics (Rodopi, 2009). She also has published articles in peer-reviewed journals, collections of essays, and encyclopedia.

In 2013 Cherkasova received the National Endowment for Humanities "Enduring Questions" grant, which led to several interdisciplinary projects: a new course on the Meaning of Life, an open educational resource www.meaningoflife.cherkasova.org , and an online interactive fiction game for students. These projects were featured in the Huffington Post and presented at various venues in the US, Greece, France, Canada, and Japan. Genia is thrilled to join the Andrew W. Mellon "Philosophy as a Way of Life" network of scholars and practitioners interested in publicly engaged philosophy. In her free time Genia likes to travel and spend time with her eccentric family and friends on both sides of the Atlantic. She especially enjoys her role as a newly minted grandma (babushka).