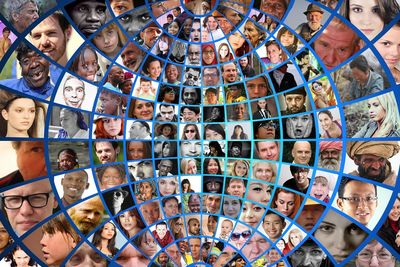 When I was in college, I saw dysfunctional academic philosophy first hand, the height of irony. In my junior year, two full professors in their prime left the Philosophy Department, and the department went into receivership. To my limited perspective, what I saw was a group of people who did not know how to listen to each other and work together constructively. Of course, there were exceptions, but the ethos was tense. I then went to graduate school where I encountered a different sort of problem: academic snobbery and what struck me in hindsight as abusive academic conditions. Students often existed in fear in an environment where communication about issues of basic existence for a graduate student often lacked transparency. As I saw it and experienced it, the sense of self of students was often disfigured, harmed, or a vice was developed in protection.

I admired the professors around me in graduate school (and there were some) who clearly were responsible to the wider public or who were decent human beings to everyone. But the complete idiocy of much of the ethos of graduate school, built on a prior experience of an entitled, dysfunctional department, led me to resent the university as an institution. I turned to research I found at an institute for advanced studies in early childhood education where I was contributing to a book on a Head Start pre-school and family center system. There, not in graduate school, I discovered what education ought to mean and involve.

I was in search of a different way of doing philosophy. The vestigial analytic / continental divide – itself a poorly reasoned distinction – wasn’t the problem. The problem was deeper in the learning form of institutions of higher education around so-called “philosophy.” The problem was the manner of seeking wisdom.

To be people with each other involves interpersonal relations. We are not in the first place practical or theoretical objects. You are not there for me to manipulate or to use. And I am not here for you to try to fix in a set of things you know about me, as if all I were is an object to be studied. We have to relate developing the form of knowing that is knowing a person, neither know-how nor knowledge-that. Such a manner changes what seeking wisdom involves and is. It demands interpersonal connection and maturity in a way that is uncommon to any philosophy program or department I’ve experienced – and which may be uncommon to research and pre-professional academia in general. The problem with the form runs deep into structural conditions.

The Greek philosophical tradition didn’t have a space for a knowing that was neither theoretical nor practical. That is a discovery of the last several hundred years in the tradition that uses the word “philosophy” to describe itself, and it is a discovery that is still being developed today. To seek wisdom within relational, not theoretical or practical, reason, primarily, is to engage in the multi-wise relation of knowing each other as persons. The value governing it is neither truth nor goodness, primarily, but is a kind of beauty that is found in the harmony of people being in touch with each other. That isn’t sentimental ease, either, but takes work, such as the work of working through disagreement in accountability to each other. What is realized in a process of reasoning relationally is neither a deed done, as it is in practical reason, nor a belief determined, as it is in theoretical reason, but is an event of meeting. From relational reasoning comes trustworthiness and a kind of eye-to-eye friendship that is accountable to the autonomy of people, rather than being an indulgent and possibly immoral fusion. You cannot have the abusive objectification of others found in academic snobbery or competitive abuse and reason relationally. You have to be people with each other and try to have real conversations born out of respect, the farthest thing from an academic game.

Public philosophy, if it is true to its name, has to be led by relational reason, with theoretical and practical reason in pursuit. But for the academics I was unfortunate to encounter along my way in training who still lorded it over others with their intelligence or engaged in cut throat competition and in-fighting, who looked at the world through gradations of status arrayed around them in their will to power, or who had the character of big infants suppressing a perpetual tantrum, there is only flawed relational reason at best. What they think is a person is rather a complicated object that they learn to move around, and thus they must see themselves and their lives, too. Only when academic philosophers start to lose their shells of theory and of practice and be led by the interpersonal will they be in any place to do public philosophy truly.

On APA Connect, Perry Zurn, who works on public issues such as critique of the carceral system, asked the forum:

What are your current strategies for public philosophy, community engagement, and social media outreach?

For a variety of reasons, I prefer evolving, community-based discussion groups whose content and form are themselves subjects of community deliberation or, sometimes, whim. For my chair, there is a regular forum on campus, open to the public, that does this. It is called The Ethics Table and interacts with other programs on campus, including a higher profile biennial and occasional lecture series, The Beamer-Schneider Lectures in Ethics, Morals, and Civics, to create criss-crossing community points of contact. [The lectures] ha[ve] historically involved public workshops as well as the main lecture as part of the lecturer visit. Finally, four years ago, we began a community based discussion group called The Moral Inquiries ~ A Heights Gathering in the basement of a historic used and new books store that is a site of much activity in the Cleveland area. That group has [over] 200 members but actual discussion usually involves 10-12 rotating members floating in and out on discussion topics, readings, and sometimes activities that evolve out of the group’s interests and issues of the moment. Finally, both The Moral Inquiries and The Ethics Table and two iterations of the Lectures gave rise to community groups, the one Native Cleveland came out of Kyle Powys Whyte’s workshop on decolonization, hosted also by locals Bruce Kafer and Susan Dominguez. The other became a socially engaged art project in conjunction with the family of Tamir Rice during the Cleveland Triennial.

The point is to use community-based discussion – discussion that is deep in its slow moving form — to generate an “emerging curriculum,” if you will — rather than to try to simply push philosophical content outward onto people. Social media are used for all of these things, but they draw back to the actual in-time discussion of the groups where people can talk face to face with each other — or they report on those talks to the wider community. The social media are secondary. Slow time is important to all of this — and community accountability. When the Cleveland Triennial project became a symbolic gesture and left out community processing, it became problematic. But it was a strong idea to begin with.

Last July, I wrote up my experience with some of the things I’ve just mentioned in Nathan Eckstrand’s Blog of the APA series.

What do you do? Or what are you hoping to do?

This reply reflects the way public philosophy can carry on dialogue across informal spaces in a back and forth between people. The reply to Professor Zurn also contains the core of my approach to public philosophy, that is, to seeking wisdom in a public way and involving public practices:

The question of public philosophy is the question of philosophy by and for people – not simply by and for scholars. But this does not mean that scholars cannot act as people and do public philosophy, of course. I’ve suggested some of what is helpful to change – the manner of learning together. When we are not teacher-student or scholar-learner to each other, but are people with each other first, the way in which we create a discussion ought to change. It ought to emerge out of our lives together, rather than being set in a curriculum. And it ought to be moral – interpersonally accountable – first, and only then practical or theoretical as fits where people relate.

Jeremy Bendik-Keymer works as the Beamer-Schneider Professor in Ethics at Case Western Reserve University. He is a Senior Research Fellow with the Earth System Governance Network in Utrecht, NL, a member of the Mellon Philosophy as a Way of Life Network based at the University of Notre Dame, and a member of Philosophers for Sustainability.